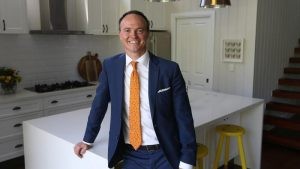 I had nine auctions booked for Saturday the 4th of March and six have sold prior.

That just backs up the strong performance I’ve seen in previous weeks.

Late last Saturday afternoon in Stafford Heights I called my last auction of the day. This market sits on the north side of Brisbane and after a strong day of selling, four from five, I was keen to finish the day off with another sale.

From the front it looked like a normal residential property. On entering the home I realised the location, it was high on a ridge with sweeping views over Brisbane.

Stafford Heights is about 14kms from Brisbane’s CBD.

The seller had a fair expectation and during the auction I revealed that price by announcing the home was on the market at $680,000.

What came next was quite extraordinary.

Two new bidders entered the bidding. The bids, at this stage, were moving in $2500 rises and momentum had slowly dissipated.

But these two new entrants quickly lit things back up. The bids bounced back and forth like an Aussie Open final and within 50 seconds had moved $100,000 to $780,000.

But it didn’t stop there.

As one of the two buyers dropped out, a new couple took up the challenge, pushing this buyer to $835,000 where the home eventually sold.

In the wash up the underbidder was a neighbour, the sale price has set a new benchmark and the owner is now an auction advocate for life.

In many conversations with sellers over the years I have discussed them potential of a hero price at auction and when it happens everyone is reminded about the reality is market value is set by the buyers and when a number of those buyers are in the market magic can happen.

To read the entire article, please follow the link below