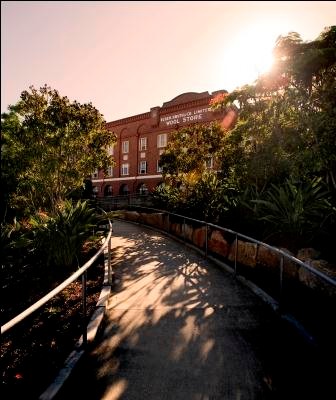 Location
Newstead is only 3km from Brisbane’s CBD. Over 67% of the households in this suburb consist of couples without children and a further 20% are single person households. Over 82% of dwellings in the area are units and 15% are stand-alone houses. Newstead is known for trendy cafes and restaurants, upmarket studio apartments and renovated older homes with well-established gardens.

Profile
One of Brisbane’s oldest suburbs, Newstead has retained many historic buildings and character as a reminder of the suburbs integral part of traditional Brisbane. Breakfast Creek which flows through Newstead was named during John Oxley’s exploration of the Brisbane River in 1824. Previously this creek was known by its aboriginal name “Barrambin” which is the name of one of Brisbane’s first generation CityCat ferries.

Features
With excellent public transport connections and easy access to the CBD, Gateway and Brisbane Airport, Newstead contains some of Brisbane’s prime real estate. Growth in the area is set to continue with the development of “Gas Works” at Newstead Riverpark which, according to developer FKP, will set a new benchmark for contemporary lifestyle combining a sophisticated mix of residential, retail and commercial developments to cater and foster the evolving Newstead Urban Village.
Newstead residents have the best of both worlds with Newstead Park and Brisbane River on their doorstep and New Farm Park only a short walk away.

Median Price
With a median price for 2009 of $1,300,000 and continued growth of 6.2%, Newstead is one of Brisbane’s strongest performers. Attributable largely to the quality of properties in the area and continued growth potential, this price point suggests positive buyer sentiment in the suburb as well as the area’s continued potential.

Urban development
With New Farm having received significant urban renewal activity over the past decade, Newstead is beginning to experience unprecedented attention. With the redevelopment of the ‘Gas Works,’ Breakfast Creek Wharf and Newstead Circle on the Park, the area is an up and coming suburb with unprecedented potential and inherent capital growth is sure to be experienced by local owners.

Landmarks
Newstead House built in 1846 is Brisbane’s oldest surviving house and is still a favourite attraction for locals and tourist alike. It is also a popular place for weddings, set in Newstead Park with its rotunda, palm trees and beautiful views of the river.
Equally popular is the famous and historic Breakfast Creek Hotel, affectionately known as the “Brekky Creek” and one of Brisbane’s best pubs. Newstead can also claim Queensland’s oldest bowls establishment – the Booroodabin Bowls Club dating from 1888.

Statistics
Over 67% of the households in this suburb consist of couples without children and a further 20% are single person households. Over 82% of dwellings in the area are units and 15% are stand-alone houses. Newstead is known for trendy cafes and restaurants, upmarket studio apartments and renovated older homes with well-established gardens

Eating, drinking and shopping
There are plenty of great dining options in and around Newstead. With local cafés, take-aways, pub or restaurant you’ll find it here.